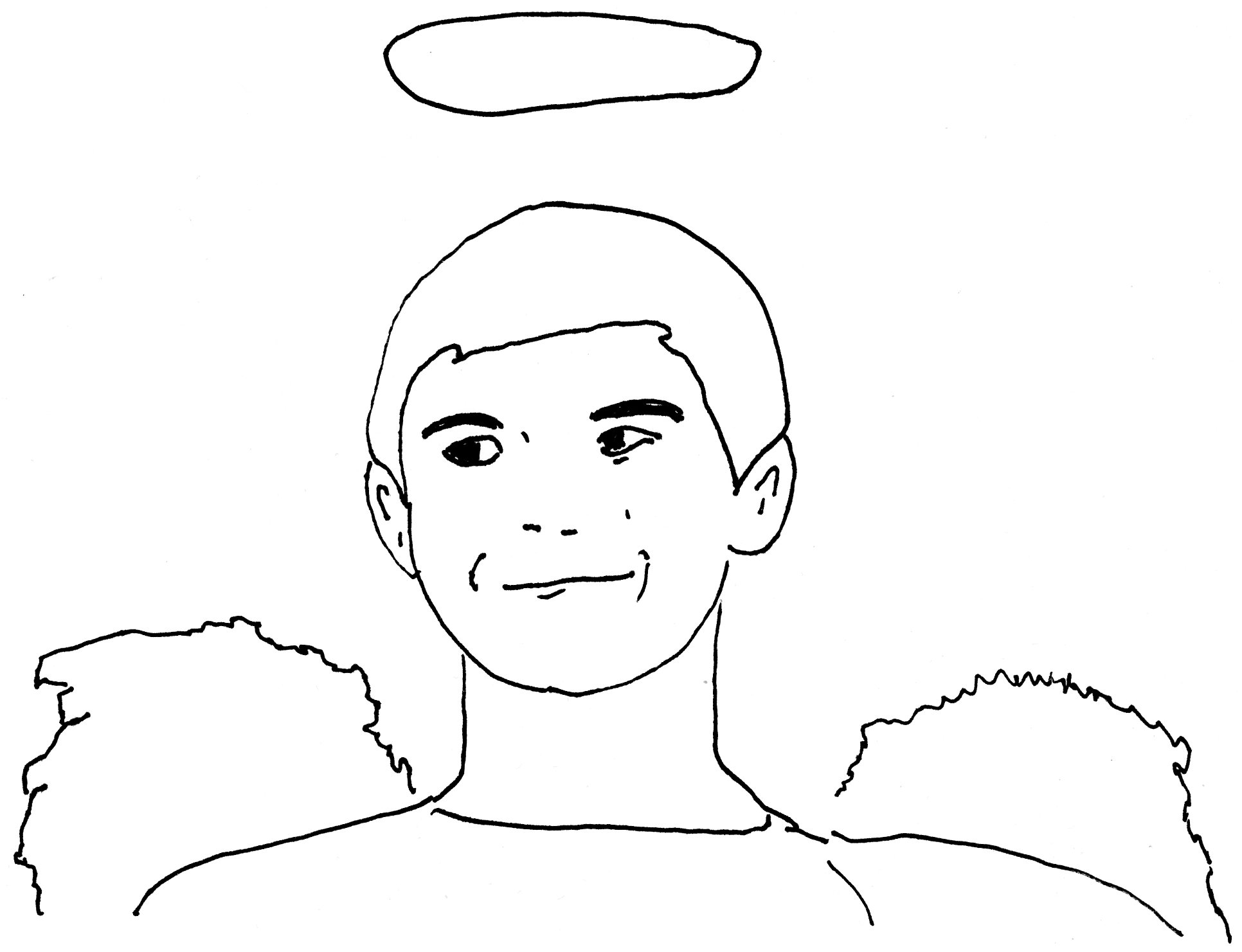 This introduction to Teen Jesus contains plot details from the Timatswim blog. After reading Teen Jesus, you may want to go back and read that full blog for a much longer explanation about the formation of the teen rock band False Gods. If not, skip this introduction and go directly to https://timatswim.com/teen-jesus-1-a-boy-and-his-dog/

For those following Tim Castle’s tumultuous life, it may seem appropriate that one of Tim’s many moms has the last word at the end of Blog 7 in the Tim at Swim saga. Don’t even think he’s a momma’s boy. Maybe what happened to Tim at 18 would be different if he just listened to those who cared. He never listened to anyone’s advice anyway. Best to go out in a blaze of glory, followed by deluded projections of his boyfriend Jace and dog Max. Unfortunately, he leaves behind followers with no place to go. Maybe it is time for the real Teen Jesus to stand up for himself.

Welcome to the Annunciation.

For those unfamiliar with Tim and the band, Teen Jesus refers to Tim’s best friend, Jace Conning., and is a different take on the legend of the fictional Miami teen rock band, False Gods.

Jace surfs off into the sunset at Malibu’s Zuma Beach after Tim dies surfing the North Pacific winter swell. Spending time as a guardian angel is better than just being dead, but it always embarrasses Jace that Tim’s deluded projections of his 15-year-old self is so sex-crazed and such a complete pervert. Blame Tim’s pornographic mind for those adventures. Contact the #MeToo movement to report all the victims.

Not that Jace feels he needs to rectify the past. He is too busy keeping track of his friends: Robby, Michael, Hippie, Dave, Jeff and brother John, plus all those who never knew him in the flesh but were misled into loving Tim’s delusion of Teen Jesus – Jack, David Minehan, the 3D Mower co-eds at Harvard, Joan and Trudie from Smith, choirboys Liam and Kevin, Fathers John and Luke, all the Hollywood rent boys and punks, plus the Iowa State football team. The only one who’s not phased by Tim’s demise is Tom Sawyer poseur, Tommy – he never listens to anyone else anyway.

Going back to the era when Jace is just six-years-old may be the best way to establish the truth that Jace was a shy boy with nary an evil bone to his body and all the songs of his generation in his heart. All he ever wants is to sing:

On a temporary note, this blog is still in process of completion. There will be additional chapters past #9.

This site uses Akismet to reduce spam. Learn how your comment data is processed.